The Myth
I was tested for Lyme disease at the provincial lab and the results were negative. I guess that means I can’t have Lyme.

Unravelling the mystery of Lyme disease: Why Canada needs to do more 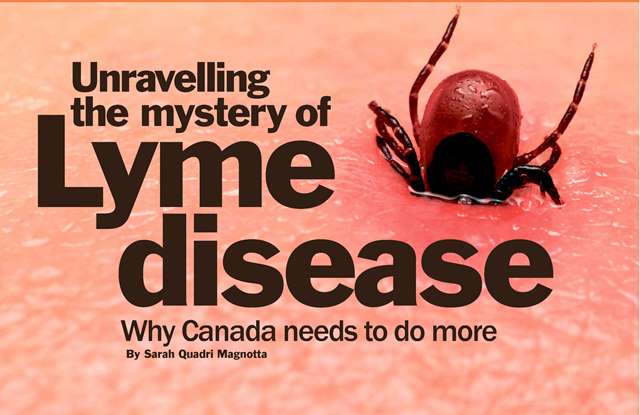 Rian Michelsen is a rising star. Fifteen years ago, he was the toddler who burst out from behind the curtains singing Elvis’ Viva Las Vegas. As a young boy, he played the lead role in Oliver in his birthplace of Bermuda, before moving with his family to Toronto five years ago.

Now, as a 17 year-old high school student, he’s a gifted singer and dancer, and attends the renowned Etobicoke School of the Arts. He works as a professional actor and has appeared in numerous high profile television programs, including Murdoch Mysteries and Flashpoint. In short, Rian is more determined than ever to realize his dreams. But last year those dreams were almost destroyed by a debilitating disease that went undiagnosed for several months. …