The Myth
There’s no reason to treat Chronic Lyme Disease since people don’t get much better.

Nothing could be farther from the truth. Most people can return to work and carry on with few limitations on their lifestyle. Lyme disease remains one of the most treatable of chronic illnesses.

“Canadian physicians are invited to attend any of the ILADS conferences presented by some of the leading infectious disease physicians and PhD scientists from Canada, Europe and the USA.”[CanLyme is offering a grant to cover 80% of the registration fees for the upcoming online ILADS scientific conference October 14th to 17th, 2021. Apply now]

“The CDC study documenting the annual cases of Lyme at 300,000 a year [keep reading to see below] had an important finding that is not often discussed. The authors found that nearly 2/3 of physicians in the community do not follow the Infectious Disease Society of America (IDSA) guidelines. The IDSA response to this was that there needs to be better education of physicians. A more accurate interpretation of this is that physicians in the field have found other approaches that work.” M.R. MD

Canada has, through non-elected tax payer salaried medical bureaucrats, wholeheartedly endorsed the IDSA… and to date the only open discussion has taken place because our lawmakers stepped in with Bill-442 compelling the federal government to work with patients and their experts. As a result, a conference was structured.

[Watch the May 15 to 17th, 2016, PHAC funded conference on Lyme disease held in Ottawa, Canada.  Experts from Europe, USA and Canada present, and patient voices are heard.]

Now, have a look at what government created after this wonderful, evidence based, hope filled, forward looking conference … http://tinyurl.com/ycogyfsv It was supposed to be an action framework, instead it is an endorsement of the status quo with no action at all.

Canadians are being exposed to a prophylactic two pill preventative measure if they have a known tick attachment.  The evidence for this is terrible, and it may drive antibiotic resistance within the human microbiome. Listen to Holly Ahern, PhD…..

At CanLyme, we’re committed to providing physicians with accurate, comprehensive, and up-to-date medical information about Lyme Disease, or more accurately, Lyme Borreliosis, and other tick-borne diseases. 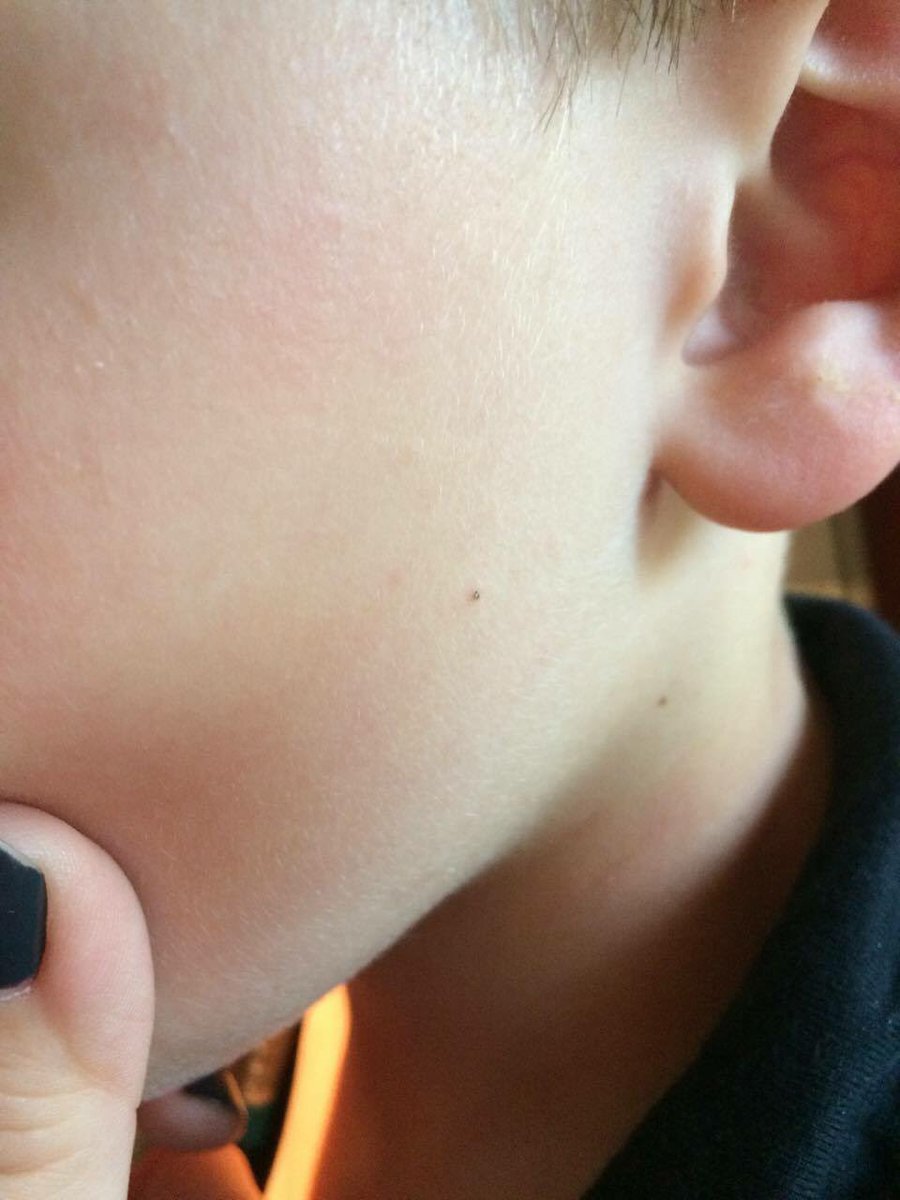 Most people do not know they have even encountered a tick. Find the ticks attached to this child’s face.

Lyme disease is a borreliosis, caused by many strains/species of the Borrelia genus of bacteria. Diagnosis and treatment of Lyme disease in Canada remain contentious in that it is currently defined by the poor test. Canadian medical professional organizations responsible for our education stress rarity of the disease, overstate the frequency of occurrence of the EM rash http://canlyme.com/?p=4363, highlight concerns with over-diagnosis when in fact under-diagnosis is very evident, and overstate danger of antibiotics while not considering the many very serious medications offered to manage symptoms… while not treating the cause of those symptoms. They cite the Infectious Disease Society of America (IDSA) for their evidence. As indicated in the above quote by M.R. MD, the controversy lies for the most part on poorly executed guidelines written by the IDSA.

These ticks are brought into our communities by migratory birds like robins, wrens and finches.

The wise physicians, after considering the broad body of evidence, have chosen to ignore the IDSA.  Quite correctly, the IDSA guidelines have become irrelevant so we must move forward to correct decades of serious under-diagnosis.  See symptoms list

The United States government recently announced that they have been under-reporting cases of Lyme Disease ten fold. Instead of 30,000 cases per year, it is actually closer to 300,000 cases per year http://canlyme.com/?p=4994. Most of these cases are in states that either border Canada or are just a short flight away for the infected ticks flying care of our friendly robins and other migratory birds. There is no acre or square kilometre in Canada where we can safely say there is no Lyme Disease, including our backyards.

Due to emphasis on the rarity of Lyme disease in Canada based upon false or missing data and poor tests, Canadians who have been exposed either at home or abroad are at a distinct disadvantage compared to Americans or Europeans.  The only independent’ review by a medical professional in Canada of the state of Lyme Disease was done in British Columbia (BC) by a senior executive of the BC Public Health Services Agency, Dr. Brian Schmidt. see http://canlyme.com/?p=3270

Lack of definitive blood tests and the role of clinical diagnosis in both early and late stages of the disease are the subject of much debate (Institute of Medicine 2011). Current serology in Canada is based on Borrelia burgdorferi B31, a non-wild, laboratory strain of spirochaete, and does not reliably detect the various pathogenic strains (see Health Canada alert).

At present, Canadian guidelines are based on the United States Centers for Disease Control poorly defined definitions rather than the more comprehensive understanding of the disease that is based on European experience. CanLyme recommends that the Canadian guidelines be revised and updated immediately including allowing open ended treatment based upon the judgment of the primary care physician. Specialists should only be used to provide input, but not dictate the care of the the patient.  More and more, it becomes evident that a ‘specialist’s’ education is probematic on several fronts. With the current policing model employed by the College’s of Physician’s and Surgeon’s Canada wide, the primary care physician is at the mercy of the specialist no matter how poor the direction of care. A stacked review board puts the general practitioner’s career in the hands of the wrong people. Tax dollars pay for this. Tax payers, physicians, and elected officials must change it. Watch a thought provoking series of educational videos by pathologist Dr. Alan MacDonald … http://borrelialyme.forumatic.com/viewtopic.php?f=2&t=3  Much of what he has informed us of in this compilation has been validated by scientists via rigorous peer-review outside of those who like to drive the official policy on the Lyme Disease file including the United States Center for Disease Control and the Infectious Disease Society of America (AMMI Canada).  In Canada, we have simply adopted the flawed policy while refusing to allow debate and open research.

The Canadian Institute of Health Research should immediately strike strategic funding for transparent research to either validate or invalidate what has been presented by not only Dr. MacDonald, but many other scientists who have shown that holding on to current dogma is harming thousands, and killing an untold number of Canadians. The allocation of Canadian tax dollars for funding research must be more transparent.  What is the burden of borreliosis in the two million Canadians suffering from diseases of unknown origin? Canada has no idea, and many Canadians have been misdiagnosed with other diagnoses only to find out later it was a borreliosis that was greatly improved with appropriate treatment of the cause. CanLyme holds the position that consensus can be achieved only by openly and transparently debating the full-spectrum of peer-reviewed literature. Development of better testing and increased emphasis on patient outcome is required to resolve differences among various viewpoints.  The science is clear… do this now.  Much science has been done to offer far better tests, and much better treatment protocol not governed by an arbitrary line in the sand has been written.

As a physician, you must appreciate the value of open and frank discussion if we are to give the patient the very best of care.

Here are links to sets of Lyme diagnostic and treatment guidelines by medical physicians and researchers that do not follow the very limited and poorly researched current IDSA/US CDC guidelines :