The Myth
Lyme-infected ticks only live in rural parts of Canada.

Lyme disease is present in most of Canada. Although Lyme infection is more common in rural areas, residents that live in urban areas are also at risk for infection. It is the migratory birds, robins and song sparrows etc. that bring this disease in each season.

[CanLyme Note: This is very important for those being treated for Lyme disease who may not be responding to the treatment.  It may be bad medication. Talk to your doctor and pharmacist to possibly switch manufacturers. One wonders what Health Canada is doing about this serious problem.]

In 2008, investigative journalist Katherine Eban started digging into the generic drug industry after hearing stories of patients whose generic drugs were not working properly for them. They had been stable on a branded drug, but then relapsed once switched to a generic version or experienced troubling side effects when switched between generics. She detailed her findings in a series of articles in the magazines Self and Fortune, and her new book, Bottle of Lies . 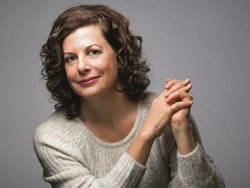 The majority of generic drugs are manufactured overseas, and “the [US Food and Drug Administration] FDA was essentially regulating on an honor system,” Eban told Medscape Medical News.